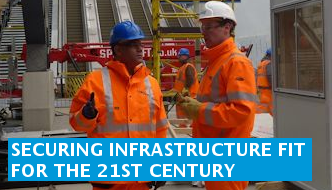 One of Alok’s top priorities as an MP has been to campaign to improve local transport infrastructure that will help boost Reading’s economy.

“Reading has benefited greatly from the government’s substantial investment in railways and roads, including a billion pound investment in Reading station, improvements to Pangbourne and Theale stations, as well as funding to relieve congestion on the A4 in Calcot and on the A33. The commitment to widen the M4 adds to a growing list of infrastructure projects which will secure Reading’s status as an economic powerhouse for decades to come.”

Securing infrastructure fit for the 21st Century: In the Press