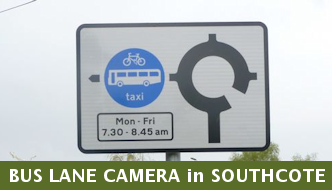 Local residents, including Lieutenant Kenneth Guest, contacted Alok to raise concerns that an inappropriately signposted bus lane located in Southcote Lane, which only operates for 75 minutes per day on weekdays between the hours of 7.30am and 8.45am, has been used to raise hundreds of thousands of pounds for Council coffers. Residents, including Lt Guest who successfully appealed against eleven fines for this bus lane, complained that the road signs on the approaches to the bus lane are unclear and that the signage to warn motorists of the restriction is inadequate and too small in size.

“I continue to have concerns that the Council has not heeded previous requests to increase the font size for the operating times of the bus lane on the advance directional signs, which by any reasonable person’s judgement is too small to be read even by a careful motorist.”

“Whilst the Council maintains that the signs are fully compliant with the Traffic Signs Regulations and General Directions 2002, the response I have received from the Department for Transport seriously calls this into question. I therefore again appeal to the Council to listen to its local residents and the Department for Transport and take a pragmatic approach by improve the signposting.”

Bus Lane Camera in Southcote: In the Press